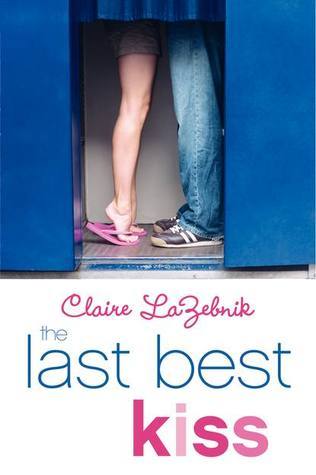 The Last Best Kiss is not my usual type of novel. I went through high school, I dealt with high school drama, and it’s just not my favorite thing to read about. I gave The Last Best Kiss a change, though, because I felt like LaZebnik had the potential to write a novel with a lot of character growth. In the end, I liked the novel and found the character growth to be really well done.

Anna first meets Finn in 9th grade, when Finn is part of her carpool. He’s the nerdy boy who always has an interesting picture to share with her. She’s more on the popular side of things and is in that awkward stage of life where she wants her friends to like her, but she’s unsure if they’ll like the person she’s becoming. It’s an awkward age to be and her nerves are really well written. Anna and Finn develop a relationship, but she’s always a little shy of introducing Finn to her friends as the guy she likes. Her wariness costs her the relationship with Finn, one of the best things to happen to her. He moves away, but she can’t stop thinking about him. When he moves back their senior year of high school, she’s given the chance to make things right.

I actually really enjoyed Anna as a character, more than I thought I would. Her 9th grade self is exactly who I thought she’d be. She concerned with how others view her and wants to make people like her, even if it’s not her they actually like. Four years later, as a senior, she’s a lot more comfortable in who she is. She’s found her talent in drawing and doesn’t put as much stock in how others view her. She’s found a peace with who she is and has friends who accept her, quirks and all.

Finn, while adorable, wasn’t really my thing. He’s fine as a character, maybe just a touch too perfect, but he’s really the catalyst for Anna’s change. He’s sweet and provides a bit of levity and teen romance to the novel. He fits in nicely with the story, but in the end, I felt as though he’s a replaceable character. He helped with character development, but he wasn’t a fully developed character in his own right, in my opinion.

I found the plot of the novel really did a good job of showing Anna’s growth. It was easy to see her unease with herself as a newcomer in high school. Her priorities were fitting in and trying to keep from sticking out in a wrong way. It cost her a relationship she found happiness in, and that forced her to change. Her priorities have changed by the time she’s a senior. Reading as she tries to reconcile her actions in the past with the person she is now was a very real portrayal of how people grow and change with time. In that respect, it was a wonderful novel.

I did have problems with Finn becoming dateable only because he didn’t fit the “nerd” image stereotype anymore, as well as a few other issues with the book, but overall it was a nice read. This definitely has to be you “type” of book, but if a sweet high school romance is your kind of novel, this is a book to pick up.

If The Last Best Kiss sounds like your kind of novel, you can purchase it here:
Amazon
Barnes and Noble
IndieBound