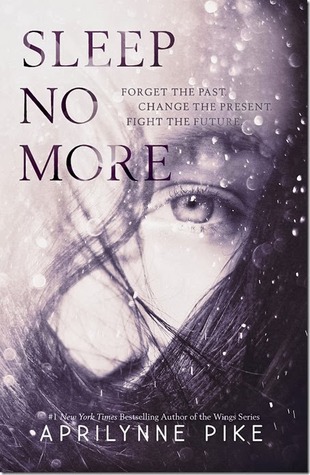 I’m sure there will be some people who have issues with this book. It’s a snapshot of Charlotte’s life as an Oracle, not her life story. Because of that, it only details the events that have such a huge impact on her as a teen, that the rest of her life will always feel the effects. I’m glad it’s a standalone novel. It was entertaining, but dark.

Charlotte is an Oracle. She gets visions of the future. After she changes the future to save her aunt, her father dies. From that moment on, she works hard to keep her Oracle side pushed away, resisting visions anytime they start to come. She’s seen how altering with the future can backfire and she never wants to risk that again. Then, she starts getting visions of her classmates’ murders. She feels guilty she can’t save them. To her, what good are visions when she can’t do anything about them? So when someone new comes into her life, claiming to know what she is and how she can use her visions to change the future, she jumps at the chance.

There were moments I wanted to shake some sense into Charlotte. From the outside, I could see how her choices could end up backfiring. I could sense that things weren’t right. But I also felt for Charlotte. She wants to know all she can about being an Oracle. She finds comfort in in knowledge. The unknowns are what make her question everything. Her aunt, the one in change of teaching her how to be an Oracle, holds back information, claiming she doesn’t need to know it yet. It’s because of this that she jumps on the change to learn more, even if it’s from someone she doesn’t really know.

The mystery and suspense in this novel were fantastic. I never really knew what would happen next. It’s clear that there is a serial killer, but the identity is hidden. Even in her visions, Charlotte is unable to find out any clues on who she is fighting against. The entire novel had this feeling of darkness, but it wasn’t heavy with it. There were light moments when Charlotte could just be a teenager before having to try and fight an evil she doesn’t know again. The pace of the novel is perfect, giving just enough information for one question to be answered before throwing in even more questions. This kept me on the edge of my seat, unable to put the novel down.

Sleep No More was a fantastic novel. It was fast-paced, but it never felt like things were moving too quickly. Pike would slow the novel down for a few moments before throwing something new in. It created a novel that ad me engaged and wondering with every page. I’m looking forward to reading more from Pike.

If Sleep No More sounds like your kind of novel, you can purchase it here:
Amazon
Barnes and Noble